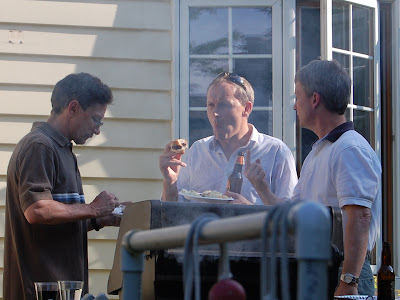 Yesterday I sat over many glasses of wine at a graduation party while catching up with a friend. Hmmm. Drunk by 3pm, possibly a pitfall of the summer without a plan? Looking for a job in the summer feels counterintuitive and is an uninspired pursuit. I'm finding myself worrying that somebody WILL CALL about an interview, rather than NOT CALL about an interview....that can't be a good sign. 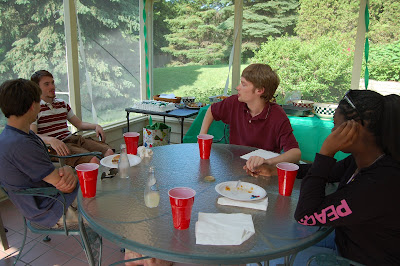 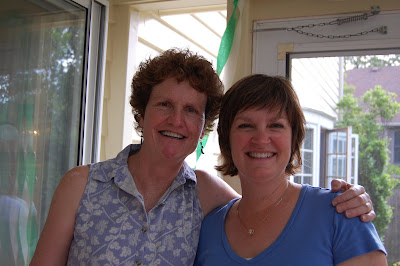 Mamas of Graduates Past and Present

The summer after my high school graduation, my friend Susan secured both herself and then me, waitressing jobs at a Greek diner in the French Quarter. Poor Susan, a Valerie Bertinelli ringer way prettier than me...occasionally mistaken for my sister due to our matching outfits and her inability to wear her contact lenses because of the flying grease. Brown hair, glasses, bad black pants...a la A Big Fat Greek Wedding, we must be the owner's dowdy daughters--we didn't think we looked very Greek or even alike save the color of our hair, but tourists may have wanted the image of a family restaurant and ickily nothing could have been further from the truth. Later that summer, I was propositioned by the owner that lovemaking, like dancing, requires a good teacher and he was just the man for the job. He had framed velvet art in his apartment above the restaurant and while I'm not happy to report that I know that much, I am happy to say I don't know more.

That summer, I learned valuable information about the world such as the hallucinogenic properties of Ouzo and how after several glasses, customers may need to be pushed across the tile floor in their chairs to the door and tipped gently forward onto the sidewalk, hopefully remaining upright. I also learned Lowenbrau is not an imported beer--the name is deceiving in its Germanness. And I learned that guys who work in diner kitchens can be alternately extremely creepy and also quite dear in their caretaking to overload your sandwich with extra Gyro meat to take home after your shift. 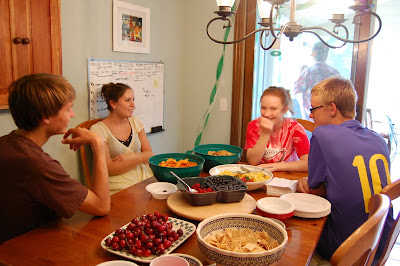 It was exciting and fun to work with regular f*cked up grown-ups in what grew to be a community for us, that being the merchants and workers of the FQ...our friend Leslie worked across the street and we would wave across Decatur during our shifts and meet after work for drinks or beignets at Cafe du Monde like you do.....and then it was August and we took our tips and went off to college and I never really looked back. Like sculpture, new molds cast new originals that might look very similar but aren't at all the same. The following summer we saw new girls sitting in the windows at the restaurant and the past was the past. I'm speaking for Susan here and perhaps she might chime in on her post Mr. Gyro experience as it might feel different than mine.

I worked again as a waitress after college in yet another Greek diner and I wish I had taken notes at the time to help me remember the thrillingly edgy women that worked there. Beautiful Eve, a teenage mother with an artist's hand, a supermodel's face and a magnet for men who hit women, which was not an uncommon trait of most of the waitresses I worked with that summer. Big Pat and Little Pat. Frannie. Annie. Beth and Marlena. And good old Betty, the head waitress, who had me reach into her purse once to get her sewing kit and grabbing the first hard squarish thing I felt, I pulled out a handgun. Good times. By the end of the summer, even this little college graduate girl who ironically never graduated from the crappiest station in the restaurant, felt like part of a family--a really scary family. Adventureland indeed.

Well, good luck to the high school graduates of 2009. May your last summer before college be full of fun and adventures but be careful where you put your hands and beware the velvet panther.
Posted by Julie DeBrandt Hunter at 9:45 AM