It’s been Olympics 24/7 around here.  And not forced family fun either.  We’re all just sitting around night after night enjoying the same television show at the same time --unusual and a bit Happy Days.
Contributing to my Olympic ability to lie around watching TV, I can simply state that David has brought down Goliath—the school nurse has been felled.  Well played my petite madames et monsieurs.   My head feels like it’s stuffed with wet wool. 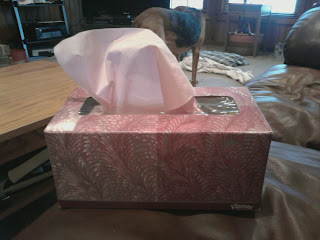 I haven’t had a cold for a few years and while I feel bad, I’m also enjoying a bit of the novelty and culture surrounding the common cold.  It’s fun to be the sick one for a change.  Shuffling around the house, tissue box under my arm, foggy minded and somewhat pathetic … good times.  Finally a legitimacy to my 7pm pajamas-wearing self.
I heard a funny thing the other day between two kids on the sledding hill.
“Hey, wanna try to epically fail?”
A proposition from one friend to another involving a cunning plan to crash the sled at the bottom of the hill.   The phrase epic fail keeps popping up in my personal zeitgeist.   I drop a pan in the kitchen, someone distantly buried in the house somewhere makes time to yell epic fail.  There’s a story every other night involving somebody’s epic fail at school.  And I wonder as I watch the Olympics if this is how some of the winter athletes got started, attempting epic fails at the top of sledding hills in towns all around the globe.  Epic fail being a way to describe a very special kind of failure that is admirable in its resulting from something that shouldn't maybe have been attempted?  I can't quite work it out yet.  Urban Dictionary is helping.
Epic fails, the Olympics and head colds.  Not related, can’t find a way to make them related.  Where’s my tissue box?  Time to lie down again.
Posted by Julie DeBrandt Hunter at 6:29 PM