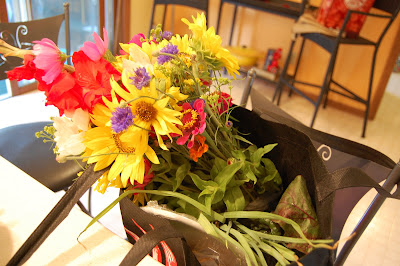 I'm not a lifelong reader but since showing up to Madison and joining a book club, I've trained myself to read for fun. I'm reminded of Olivia's kindergarten classmate, Frankie, who showed up to school not knowing his letters or his numbers. And his mom, after the first parent teacher conference, telling me, "I thought that's what starting school was for. He's been out climbing trees for four years." I think I might have been a Frankie. My mom and dad were readers but it never interested me much beyond Tiger Beat and the occasional smutty book in junior high. When I could get away with it for homework, I read book jackets to do book reports. I was so jealous and baffled by my pleasure reading friends. TV was way more interesting and still is. 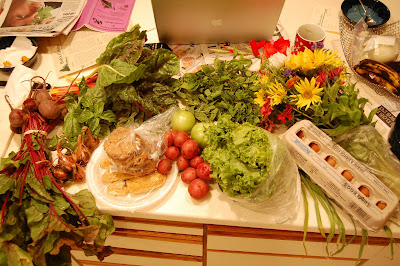 I do read quite a lot now but it's still not easy for me. I read slowly. I lose track and have to go back a few pages regularly to find where I started thinking about Lindsay Lohan or the rattle in the car engine or Swedish Fish and stopped paying attention to the story. So listening to Animal Vegetable Miracle by Barbara Kingsolver on CD, a book whose length daunted me everytime I grabbed for it, was the perfect choice.

I'm about halfway through the book and already I've been moved to write her a letter thanking her... but for what? Getting the attention of a bad reader, maybe? I wouldn't say I've been transformed by this book, because it's almost a work of fiction just to think about living all year on food that's locally grown or made, especially in this climate. That's a lot of moldy potatoes and squash come January. Furthermore, how much Wollersheim Prairie Fume can a woman drink before succumbing to madness? Yes, it's the little crucial things like booze and cigs that will forever keep me addicted to Big Oil. But can I reduce my addiction by just a little bit? I have been enlightened to the fact that eating foods out of region and out of season enables the oil industry to keep itself indispensable to our country and also that trucked-in food makes for a real crapshoot where food flavor is concerned. Every time I eat a tasteless kiwi, I recognize now that there was a truck and an airplane churning out diesel fumes and enlarging my carbon footprint just so I could be exotic for a minute. Not to be preachy because I do hate preachiness more than I hate a tasteless kiwi, but didn't Al Gore and Sesame Street charge us with doing what we can to save the Earth's dwindling resources? And since it's the high growing season in southern Wisconsin, there is no better time to try this little experiment of Barbara's. Is food grown locally and recently for that matter more tasty? Can I reconnect with some tastes of yore like carrots that taste like, well, carrot?

Now Barbara was paid to take her family off the food grid. She wrote a book about it and I assume got a nice juicy advance in order to do so. I still have Kraft Mac and Cheese in the cupboard, Ore Idas in the freezer and I can see the Jif jar from where I'm sitting. (Organic peanut butter eaters are just lonely attention seekers--oh, yes I did just go there) But can I make some small changes that might help my family's tastebuds as well as good old Earth? Being unemployed of course makes this pursuit so much easier and of course if anybody wanted to pay me to keep going with this smashup of Barbara Kingsolver's idea, I might consider giving up everything but the Jif.

Last week we tried swiss chard for the first time... with enough butter, garlic and onion, those leafy greens can really satisfy. This week, I've taken the plunge on the purchase of beets. I have also bought plenty of mint for mojitos in case the beets are yucky.
Posted by Julie DeBrandt Hunter at 6:07 PM