The Fifth of July and the sixth.... 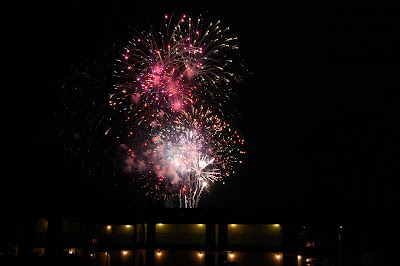 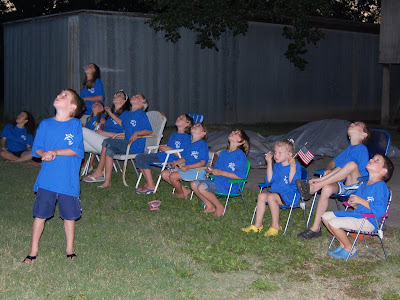 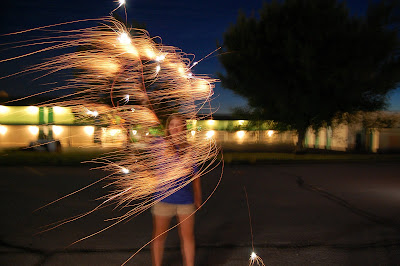 Fireworks galore. Southeastern Kansas is so flat that fireworks from every yard and every town in a tight radius are visible from the drive to and from the old WalMart parking lot where we watched Parsons' fireworks display. We could have said we were almost bored by the amount of fireworks we saw by the end of the night. Only almost because nobody can EVER watch too many fireworks. 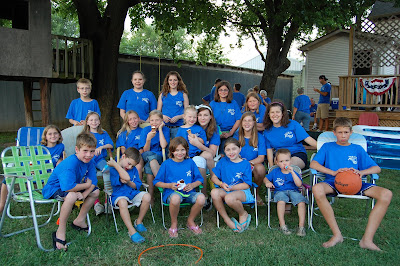 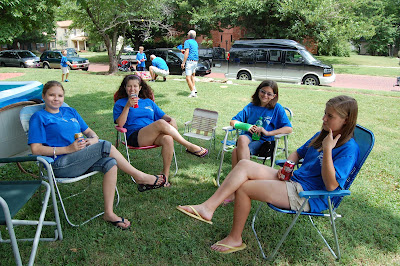 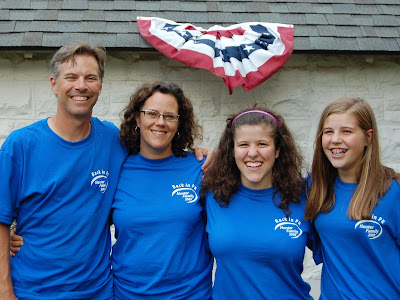 We leisurely posse'd up around 4pm Sunday to return home. As one does, a stop at Big Brutus is in order before one leaves southeastern Kansas. There are no words that adequately capture the size of Big Brutus. You just have to see it in person to witness the miracle vehicle of coal strip mining in its day. Our oh so clever photo trick (I'm really not holding Big Brutus) was so amusing to the grandparents walking by that they made their grandkids stand there like idiots just like me with their hands in the air. The kids had absolutely no idea what they were doing or why but they were well behaved and did as they were told. 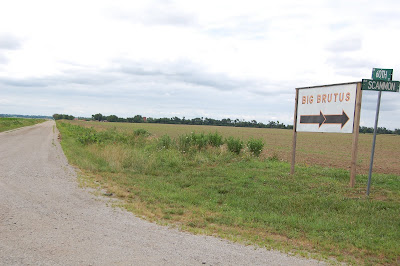 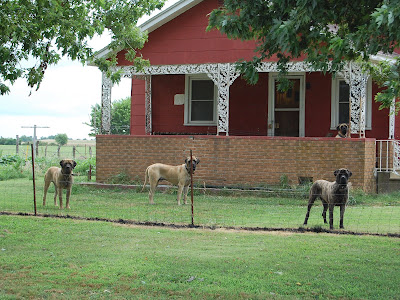 The brochure indicates that you can have your wedding in the picnic pavilion next to Big Brutus. I would so go to that wedding. 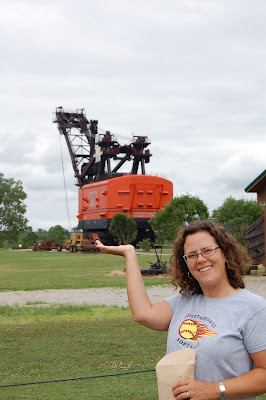 A new resource not tapped until now in the family car roadtrip is the dispatching of the sleepy, useless co-pilot parent to the backseat and the replacement of said parent with a fit and energetic 14 year old girl who flips radio stations every 90 seconds and has a penchant for late night fun.

Thanks to Ally for keeping me quite awake with her singing and annoyingly catchy music choices. Iowa is a very dark state at night, and although the odor of the pig farms alone might have kept me awake, it was nice to have company through those long stretches of Route 20. New found energy at Dubuque and we were home by 3am. We rolled into Madison full of great memories and a renewed commitment to family as we always do after the Hunter reunions. Love to everyone there and also to those who weren't.
Posted by Julie DeBrandt Hunter at 8:49 PM