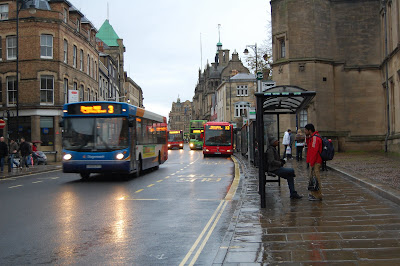 Today was Olivia’s last day of school for the semester. Tomorrow is Ally’s last day. It’s a half-day so she and her posse are headed to someone’s house to hang out for the afternoon and say their goodbyes. It’s kind of sad around here. Reflection is setting in.

My cabbie in Penzance asked where we had traveled thus far and after I told him, he said, “You haven’t seen much of England then?” I suppose if travel is just the physical act, that statement could be true. But if travel extends beyond that narrow definition, then I think we have traveled much further in our heads than was physically possible in this period of time. I think we got down to the business of just living in England and that became the travel experience itself. It was hard to picture before we left Madison, how this trip would all take shape once we were here, but in the end, we were just ourselves living in England, a lot closer to Europe than Madison. But the kids slogged off to school all week, Chip went to the office, I grocery shopped, cleaned and washed. We were tired or had errands to run on the weekends, just like everybody else. We ran out of milk just like at home. And we became obsessed with all the same things we love at home.

So what stamps would we claim as our favorites if we were in charge of the rubber stampers at immigration? For me, I’d like a stamp for my new found basic grasp of recent English history, politics and a broader perspective of the American election and the banking crisis. Another stamp for having gone green, as I don’t use plastic bags anymore and I compost. Chip gets a stamp for going green also, riding his bike to work every day, a routine he would like to continue when he gets home (forecast for Madison, 10 inches of snow tonight by report...what’s that now, Chip?). The girls get multiple stamps for having sought out and appreciated English music, comedy, fashion and pop culture and managing to figure out the bogglingly different English school system. The girls also get stamps for new vocabulary, “mocks, form tutor, maths, trousers, nang, cheers and mingin” and for friends called Imogene, Poppy and Polly.

These invisible stamps are indelibly marked in the pages of who we are. We’re actually just a bunch of media obsessed American homebodies who managed to get out of the house in between all our television, music, school commitments and reading pleasures and well done to us for that.
Posted by Julie DeBrandt Hunter at 4:54 PM