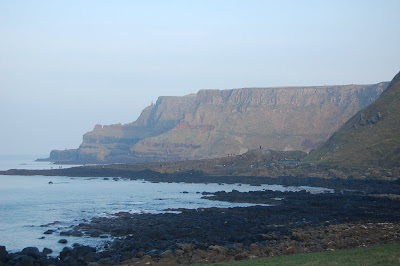 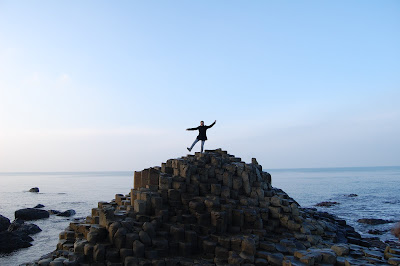 I can’t do Giants Causeway justice, as I am not Yeats, so all I can say is it’s worth the trip. The sun was out and the sea very calm which may be unusual. The brochures show photos of rescued tourists, crying and wet, after being swept from the rocks. I guess some people forget it's not a theme park. There was ice though in a very thin coating that couldn’t be seen, so every step felt treacherous. I had noticed a sign for a medical center on the drive—good to know. But we didn’t need it. I will say that The Emerald Isle is not an exaggeration. It is very green and lush even in the cold weather. And the secret ingredient? The manure application in this area created an indescribable odor that permeated even the closed car as we drove to the causeway (it was so thick, one would have thought perhaps they were having a manure festival—a truck full of manure did drive right through the middle of Bushmills as we ate our lunch so maybe I’m not kidding). However, once we descended down to the causeway by the sea, we were shielded by the cliffs and greeted by the smell of an ocean breeze respite. 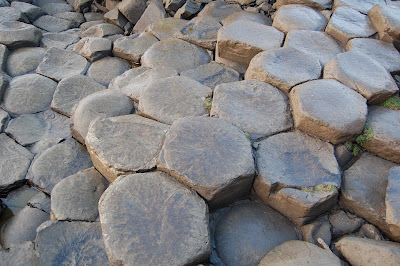 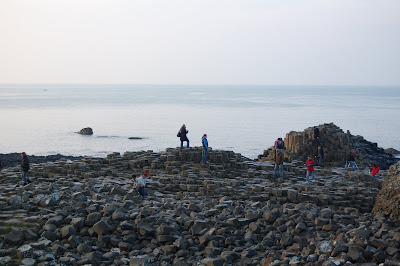 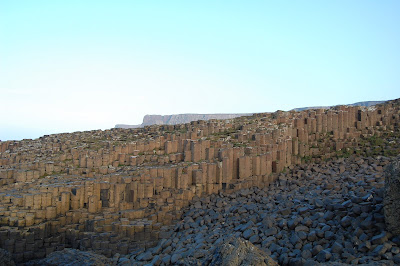 Crossing from the Republic into Northern Ireland was seamless…which seemed curious. The only signs we really knew we had crossed were that the road signs were no longer bilingual and there was a quite deliberate presence of the Union Jack on flagpoles and light posts. I can only describe the little I understand by thieving a line from a newspaper article. I read about the famous murals of Derry, painted to depict the struggles of the Republicans during the Troubles, described as “starting to feel like two sides of a common tradition.” Not sure the two sides are represented in a giant mural of Bobby Sands or a guy in a gas mask, but the sculpture entitled Reconciliation with the two figures reaching toward one another certainly felt representative. The fog was special ordered for the perfect effect to this ghostly visit. We stood literally where four civilians were killed on Bloody Sunday. The girls were jamming to their iPods in the backseat. Sigh. 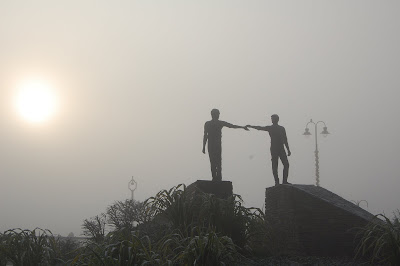 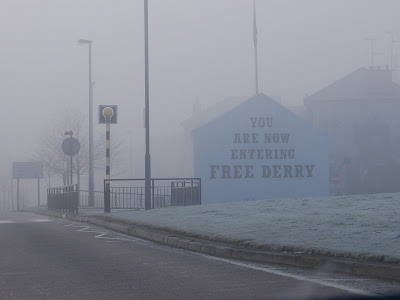 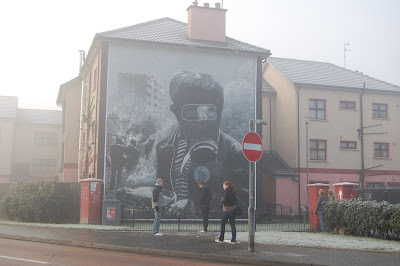 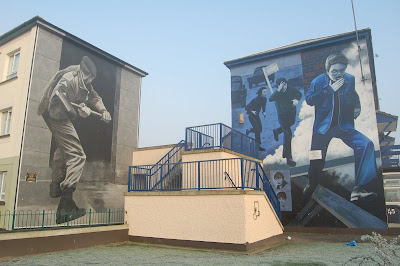 New Years Day, through Donegal, Sligo (where my family and Yeats are from) and finally Galway. Seriously, our B and B host is Seamus. It’s perfect. 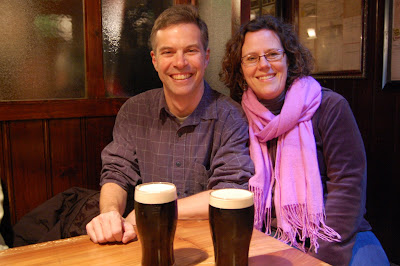