I hesitate to even say this for fear of Mother Nature's cruel reprisal but I'm preoccupied with it maybe being winter's end.  I'm obsessed in fact.  The Oscars on Sunday night hailed the beginning of a new season.  The girls and I celebrated with Cosmos sans the vodka.  As is customary, I drank six or eight of them but this time with no ill effects.  Will I learn?  Sadly, no. 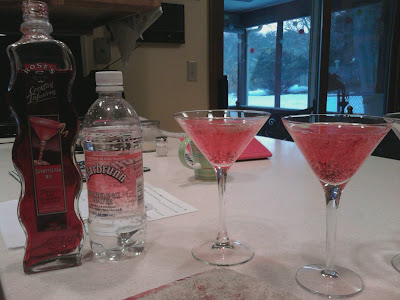 As I drove along the road by the high school today I saw a woman carrying a large green trash bag and picking up all the litter that has either been laying under or frozen in 20 inches of snow for the past four months.  I'm not sure if she was a high school employee or a concerned citizen, but either way bravo to her for making a dent in the mess that has been unveiled this week.   Every fast food chain's trash is well represented in the gutters and along the sidewalks of school after months in deep freeze and coupled with the primordial ooze of melting snow, mud, salt and sand seeping everywhere, it looks like the Monday after Woodstock. 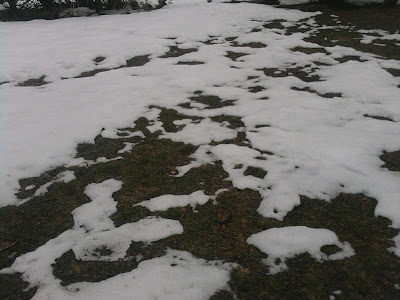 Pangaea
With the official big thaw happening, there's a sense of archaeologic dawning and proof that a civilization existed here at one time...one that had a Sun and supported human life outside.  I think I blogged about this last year, watching day by day as flip flops and beach toys and bikes and wiffle bats and cell phones and shopping carts begin to poke through the snow banks and across lawns all over Madison as the glacier recedes.  I call it the great reveal and the artifacts, while maybe not nearly as important as say, a baby woolly mammoth, are much more relevant to understanding the hominids of this region.  Beer cans, bathing suits, wine bottles, kids' shoes...truly a backwards species. 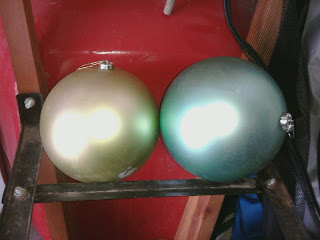 Christmas decorations still hanging around the garage...but there were three
In April and May when I'm prepping the garden for its grand debut with the energy and full-on determination of a mad woman, I know that by late August I'll be kind of sick of the whole thing and ready for the garden to die off so I can just buy some pumpkins and take a break from the watering and weeding and the ponderous placement of my plants.  Cyclically, I feel my spring seasonal self waking up from its deep sleep as I'm sitting here now looking out onto all that dirty melting snow, more and more craters of yellow-green grass emerging by the minute, thinking about April and May when the mud is gone, the trees and bushes are blooming, the bulbs are pushing green shoots through all that slimy winter decay and the peonies are crawling with ants while the turgid buds sit tightfisted as if they'll never open only to punk me one morning when I least expect it.  Just when I think I can't take winter anymore, it throws me a bone. 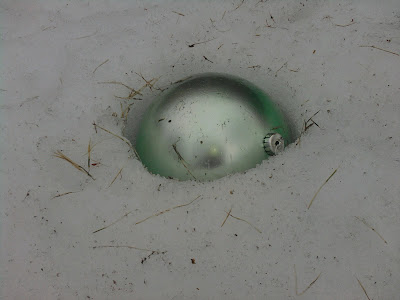