For Dannielynn, we love you 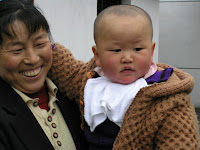 There's a high profile baby in the Bahamas right now without a mother, and with more than a few men claiming to be her daddy, for the money of course. My friend with three boys desperately wants a little girl. She's got a plan to drive the eight hundred miles to the Bahamas in a diaper to fetch the baby and leave the estate to the idiots--my friend doesn't want one dollar. It's an excellent fantasy. To rescue a baby from undeserving jerks who will likely never provide the stability and love this baby and every baby needs...to be the hero in a child's life and get a daughter at the same time...what could be better? I was crazy once, too.

I had a fantasy for many years after my second daughter was born, that if a third child was meant to be, it would happen spontaneously. I have some distant and unknown to me cousins spread throughout the US, and we used to live deep in the heart of a big city with poverty and unplanned and unwanted pregnancies by the thousands....surely a remote cousin would come out of the woodwork and ask me to raise their child....or a stranger would abandon a baby on my porch in a basket (wicker, I imagined)....whatever, it didn't matter but it would happen. I never told anyone this besides maybe my husband because even then, I thought it sounded crazy. Until one day, one of my friends confessed quite unabashedly that she also had this fantasy after her second child. It was a relief to know I wasn't the only person who ever had this fantasy. The notion of divine intervention or karmic circumstance that would convince our husbands that a third child was our family destiny! It was unplanned! We were chosen! You can't deny our true mission on this earth! Okay, express train to Kooky Town....All aboard!

Now almost ten years later, I'll never be truly sure but I think I must not have really wanted a third child. My husband surely did not and that was obviously a big stumbling block back then. But every other decision in my life has been one of action and determination so if I had wanted it, surely I would have gotten my way as I always do. We didn't plan the second kid exactly, but it was understood all along that we were not a one-child couple so I don't count that minor misstep of the rhythm method as one of undetermination or indecision.

During my fantasy years, I became quite preoccupied at times about exactly when this act of random providence was going to happen? I waited and waited. I watched for a basket on the porch each morning I went out to get the paper. I kept my eyes and ears peeled for opportunities that would yield my third child. I even knew a single woman during these years who was completely taken by surprise by a first and unplanned pregnancy at age 45. She had very little money, a tiny apartment, no family locally, and few community ties that would help her raise a baby. She was a lovely woman and during the months after her son was born, I helped her occasionally with babysitting, laundry and even helped with money and clothes. She was overwhelmed and at times I worried about what the future would be for her and her son. Hello? Anybody home? This was my third baby! He had arrived and on my literal doorstep! He was a darling little boy, too and Olivia and Allison adored him. And yet with this possibility of my fantasy becoming reality, I look back and realize I never once thought about having that particular baby as my own. It never occurred to me that he was the one--because of course he wasn't....because my fantasy is a fantasy and life rarely turns out like a fantasy, does it? If it does, they make a movie out of it or put it on 48 Hours because it's quite extraordinary. My fantasy was just a last gasp, a primal tug at the soul of me that once literally ached for a baby--a primitive, cave woman urge that came on in my mid-twenties...a feeling so urgent and desperate that I had more concerning fantasies of grabbing babies out of strollers or cribs in the hospital. Then a whimper, a gasp, a puff of smoke....all gone now for me. I don't want a baby anymore. I'll still walk a mile out of my way to hold a newborn, don't get me wrong. But if some crazy cousin comes out of the woodwork now, I am going to take a pass. However, if it's a girl, I am going to send them to my friend so she doesn't have to get in the car and drive to the Bahamas.
Posted by Julie DeBrandt Hunter at 9:17 AM No comments: 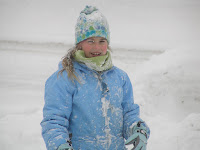 Hallelujah! A snow day. Bloody cold temperatures today is what keeps the schools closed in all of southeastern Wisconsin. What is it about school snow days that bring out the utter child in me? I did a ridiculous dance with fist pumping action this morning… alone….in the dark of the kitchen…at 5:30. It isn’t just that I work in the school district, although an unexpected day off is completely awesome, don’t get me wrong. But I have always been delighted by snow days, on behalf of children in every city I have lived, despite my work situations. Most of my work life, I have often been one of the few workers in these cities who actually has to go to work in very bad weather…and yet I am always delighted for the school kids. It’s like Christmas morning!

It is especially sweet telling my own kids they have a snow day. For example, my exchange this morning…I wanted to catch my daughter before she got up and into the shower…
“Olivia, are you awake? It’s a snow day, honey.”
“FOR REAL?” (She doesn’t believe me)
“Yes.”
“I CAN TURN MY ALARM OFF?” (She still doesn’t believe me)
“Yes.”
“YOU AREN’T KIDDING?” (Aha, she doesn’t trust me.)
“No, go back to sleep.”
“ARE YOU SURE?” (She doubts my intellectual function.)
“Yes.”
“DID YOU HEAR IT ON THE RADIO?” (She wants independent confirmation due to doubtful intellectual function.)
“Well, the T.V., but yes.”
“THIS ISN”T A TRICK?” (Ooh, that hurts… the trust issue is big.)
“No. Go back to sleep.”
What a cruel trick that would be. I would never pull it. My kids are excellent students and enjoy school, but they LOVE to skip school legitimately any chance they get. Quite an awesome combination of personality characteristics in my opinion—it is what will make them party girls in college, in a good way.

I remember as a kid lying in bed in the cold, winter-morning darkness, hopin’ and a prayin’, hopin’ and a prayin’… listening to my dad get up and go downstairs to flip on the radio…trying to listen for a change in the usual morning kitchen noises that indicated a potential snow day. When I was older I would listen myself on the AM dial of my old clock radio for the school number on KYW News radio 1060…..”302, 302 302 pleaseohpleaseohplease…” I grew up in the Philadelphia area so there were many, many numbers to read and it was excruciating waiting for the numbers for our county. “In Montgomery County, 101, 102, 103, 106…” Waiting for the three hundred numbers was almost too much to bear. The cruelest turn of events was when the announcer read 301 and 303, skipping 302…I shudder when I think about it…how 301 and 303 could be closed and not 302. In my linear universe, how could 302 be open when 301 and 303 were not! But when I was younger, my dad would come up to my bedroom, knowing I was lying in bed, again, hopin’ and a prayin’ and break the good news…or he would try to fake me out (he never did—he had no Oscar worthy acting skills in this respect because I think he too was delighted about snow days on our behalf). There were other times, I couldn’t stand it and I would creep downstairs and peer hopefully into the kitchen for some good news, without ever asking because that would jinx it of course. Snow day! No school!…a succession of phone calls organizing a sledding party to Cleveland Avenue if the streets had yet to be salted….had to get out before the salt trucks ruined everything. It was the steepest hill in the neighborhood. Really remarkably dangerous in retrospect….a crazy downhill grade that ended at an intersection with no traffic signals and a busy road. It was death defying sledding down Cleveland Avenue especially on those wood and nails Flexible Flyers that probably accelerated to 40-50 mph if you had waxed your blades—somebody usually always had a candle in their pocket so that everyone could wax up and go faster. Thrilling, of course, and since we were the last generation of kids in the suburbs left alone to make decisions, we often made questionable choices that resulted in pee-your-pants fun as well as serious injury. Nobody died while sledding, thank God, although there were quite a few angry motorists at the bottom of Cleveland Avenue who had to swerve or brake and many sled wrecks resulting in concussions and twisted necks that most parents never knew about. Just as well, I think.

My kids live a very different life than I did, but I am happy to say they have been imbued with the anticipation and joy that comprises the magic of a snow day….I consider it a triumph of parenting and I can die happy.
Posted by Julie DeBrandt Hunter at 8:14 AM No comments: 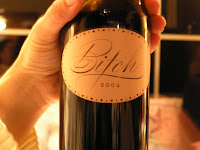