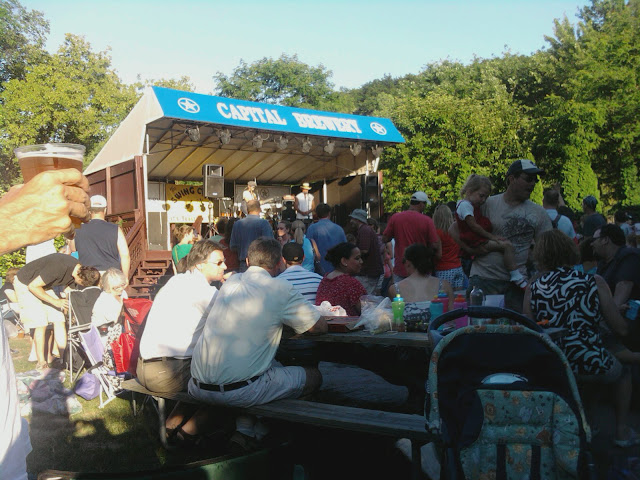 I feel a lot of pressure around holiday weekends to HAVE A GREAT WEEKEND.  Oh the stress of it.  But after a month of visitors I simply wanted just a regular weekend.  No optimizing and juggling, no car trips, no extraordinary measures involving crowds or exertion, no rippin' and runnin'.   Just a little music and beer with friends and their delightful kids (meaning they didn't bother me) on Friday, 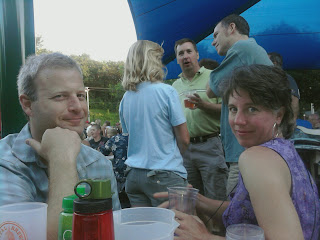 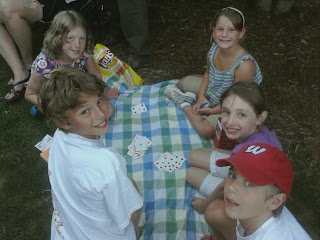 a little golf on Saturday, 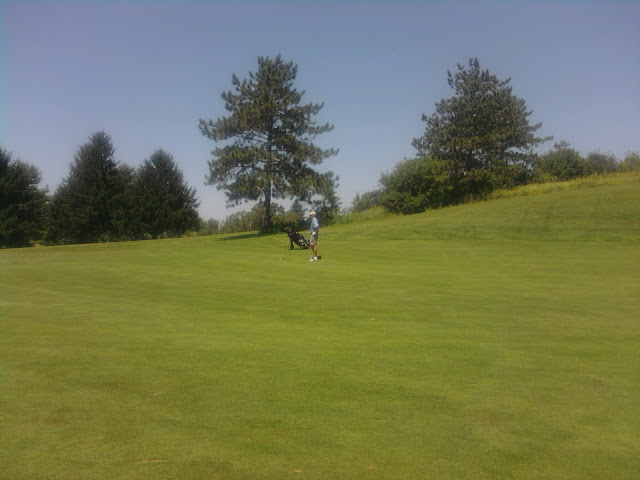 Chip pondering his next shot.  Me not pondering my shot and screwing around with my phone.
....and a relaxed movie at home sent from Blockbuster this week by way of Chip's hot tub time machine.  He is the only one who ever fiddles with the Blockbuster queue online so we get an occasional movie from the past that he feels he missed along life's journey.


"Why did you order this?  This movie is from ten years ago."
"I always wanted to see it. Instead of criticizing my choices, why don't one of you three learn how to use the queue and order what you like?"
(three women in unison) "Boo! Your movie choices are terrible!  Pick better ones that we'll like."
That's the general gist of it anyway.  But The Big Lebowski is indeed a movie worth seeing even 12 years after its release.

Olivia is adamant that celebrating the Fourth of July is out of order on any day but the actual Fourth.  And I can see how she came to hold this philosophy.  Madison has a strange tradition of scheduling fireworks and other Fourth of July activities on every day BUT the Fourth.  Take for instance the most bafflingly scheduled massive Rhythm and Booms Festival, an all day family event that hosted 200,000 people this year and that culminates in a pretty kickass fireworks display at dark. Usually held the Friday before the Fourth, which is sometimes as early as June 28th, this year it was held on Saturday, July 3rd. Okay..... 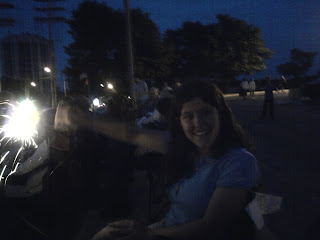 Happy to be celebrating ON the actual Fourth of July
On Sunday, the REAL Fourth of July, we finally succumbed to the pressure of HAVING A GREAT  WEEKEND and attended our neighborhood parade and carnival, ate grilled animals and watched the bombs bursting in air. 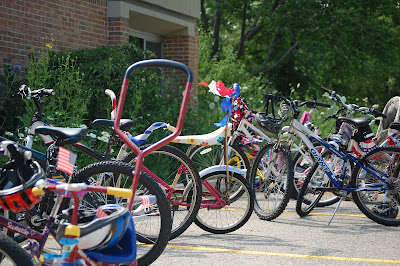 That tragically hip banana seated Schwinn in a sea of Trek 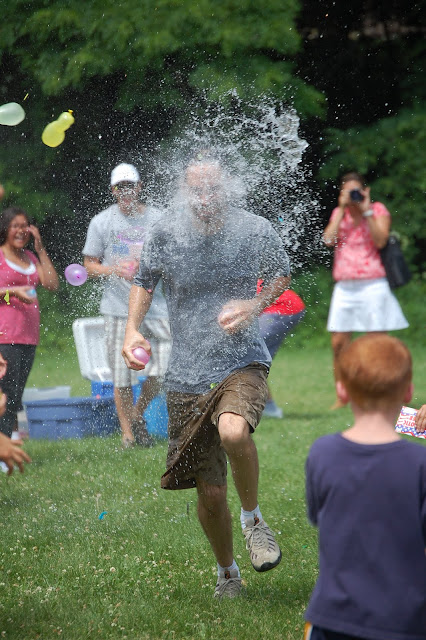 The annual running of the water balloon gauntlet where even the children are bloodthirsty. 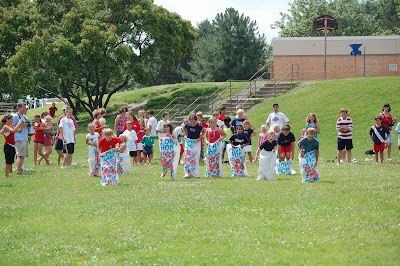 My friend sent me this picture below from her phone to include me in a moment that so perfectly captured a child's delight for a sparkling night sky. Maybe one of the first displays these guys will remember as grown ups. 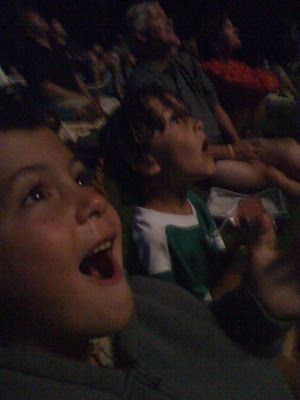 While fireworks aren't such a fresh experience for me anymore, I always look to the crowd for my inspiration.  Seen through the eyes of kids on blankets with their bare toes dangling over and grasping at the cool grass or through the eyes of older adults who've seen maybe seventy or eighty Fourth of July fireworks now in their reflective lawn chair reposes, windbreakers zipped to the neck in the 85 degrees, hands in laps and ankles folded beneath their chairs in quiet anticipation.  The show starts without warning and the blue-black sky is suddenly asplash with brilliant color for only seconds at a time; an ephemeral palette of sulfur greens and purples and coral pinks in traditional umbrella bursts, occasional large and lazy gold weeping willows that twinkle gently before burning out and bright white curly whirlygigs that fizz up, up, up and out.   The pace is predictable but the sequence never is.  A new color, a new shape.  What's next?  And it all goes wild and woolly in the finale because that's the way we like it and as the last pop pops, it's suddenly quiet for a second before everyone begins clapping for miles.  The applause floats up into space to travel infinitely, a gesture of gratitude and reflection for simple beauty, freedom, family and tradition that quite literally knows no bounds.
Posted by Julie DeBrandt Hunter at 1:21 AM