A week down the shore 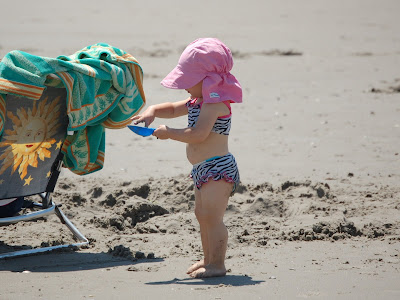 Roseanne Barr has said many things that resonate with me but her character's declaration, "NO NEW PEOPLE!" is my favorite. I've always respected that blunt honesty about new people and things as anxiety producing. I like connections and continuity with places and people. I desperately need to be "a regular". I'm challenged by new. I've always been especially keen on a predictable landing when it comes to beach vacations. Too much hawing and faffing around trying to figure out what the good stuff is in a new place. I could come back to Ocean City every summer for the rest of my life and never find it weird. Sad as that probably is. I've been to Morocco and yes, I like Ocean City better because it's less scary and it has my Aunt Polly. 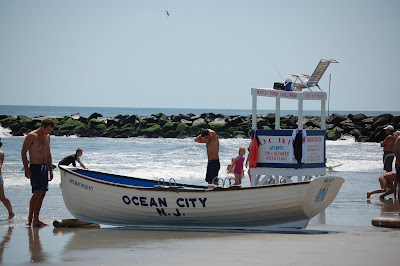 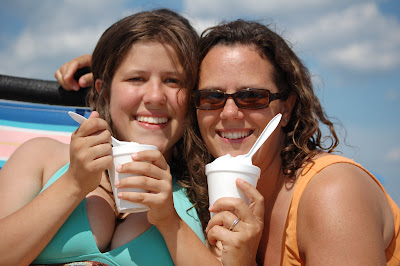 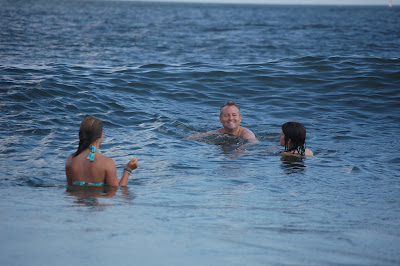 Ocean City, NJ has been a lifelong destination for me in the summer. I have been coming here since I was a kid and have brought up my own kids coming here as well. My dad even came here as a kid. He'll tell you how he worked at Bob's Grill one summer and Bob liked him until he kicked some coke syrup bottles together that broke and dripped all over the umbrellas under the boardwalk. It was never the same between Bob and my dad after that.

I cut my teeth here during Shore Weeks 1980 and 1981 when all the Philadelphia high school kids descended upon this dry town for serious drunken revelry the week after graduation. Those memories are hazy but sweet. My aunt and uncle bought a house here about fifteen years ago solidifying my connection. I might just have to be buried under the boardwalk. 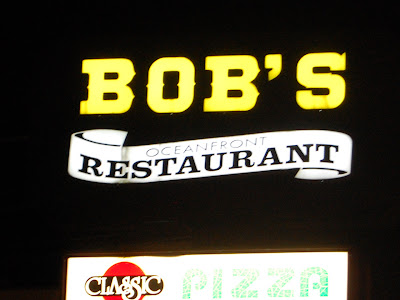 So my predictables? Besides baking in the sun and swimming between the green flags, food excursions for local artery clogging favorites, sweatshirt and trinket shopping on the boards (one simply cannot have too many hermit crabs or too many OCBP tees), fiercely competitive miniature golf (shadow whammys are permitted) and a trip to Playland (hellishly noisy mosh pit of fatigued parents, rickety rides, cotton candy, screaming toddlers and preening Jersey girls). We try to hit Kohr Bros. soft serve ice cream earliest because it's likely we'll hit it again and again before we leave. Olivia and I are partial to the orange sherbert which tastes just like St. Joseph's baby aspirin, a fantastic taste in and of itself. And they are called Rainbow jimmies please, not sprinkles. Then there's the candy...gotta buy loads of candy because that's just what one does on the boardwalk. Shrivers, Fralingers and Fudge Kitchen especially for their free samples. 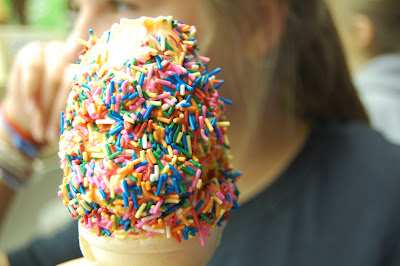 The Christmas Gallery....any woman in South Jersey will tell you there is nothing that says summer more than shopping for tree ornaments in August. Johnson's Popcorn, Mack & Manco pizza, Pennysylvania Dutch Birch Beer and then a nauseating turn on the amusement rides. Believe you me, the lengthy garden hoses tell a tale of horror. A source of family pride is that Hunters don't throw up and cause shutdowns of the Gravitron. As there were three of us tonight I enjoyed my annual loop de doop rollercoaster ride with a 12 year old boy. He was a sweet and very friendly little guy who made small talk and asked if I had ever been on this particular roller coaster, to which I replied more than a little dramatically, "every summer of my life". He seemed like a good pal until he announced at our journey's summit, "We're all going to die." Literally those were the last words I heard before plummeting earthward to what I was sure was a foretold doom by a child seer. Alas, I am still here. 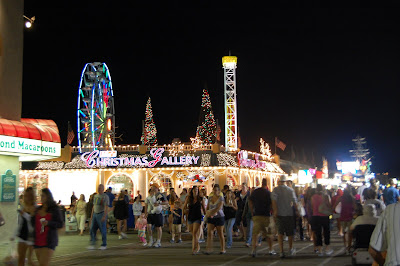 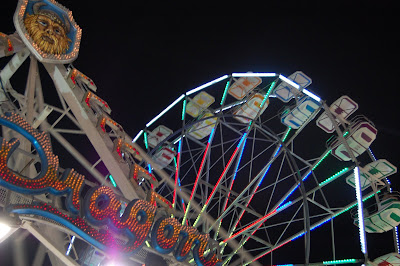 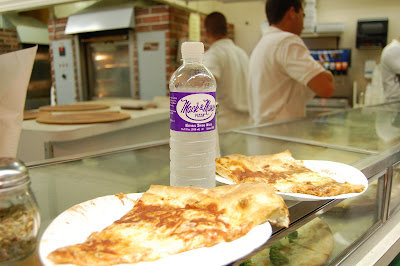 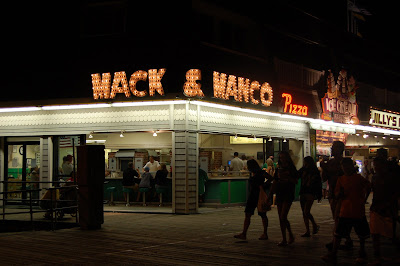 Ally's training for cross country and I tried to jog a bit with her this morning. She left me in the dust coming and going but I felt my presence was motivating enough. I was listening to my iPod and Nancy Griffith's Beautiful clicked on as I watched my own beautiful girl slowly and gently pull away from me on the boardwalk as I imagine she'll keep doing from now on in all sorts of ways. I sense lots of new people on the horizon and it's making me crabby. 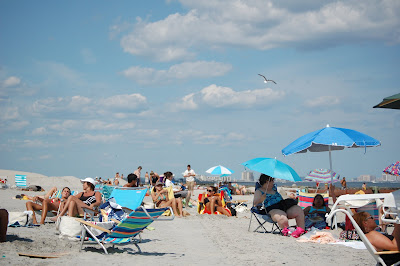