Doing our bit for the economy 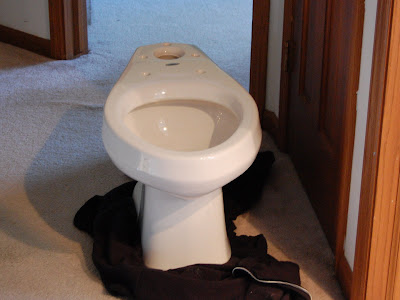 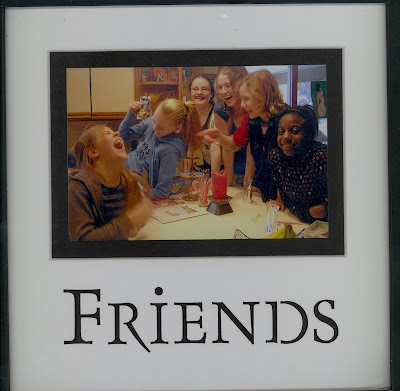 A preemptive strike to do our part in jumpstarting the economy: replacing old commodes. I'm sure Madonna and Gwynie Paltrow have people who handle these sorts of crucial decisions, but it's these homeowner milestones that make me feel truly alive.

Daughter No. 2, apropos to this story, comments frequently on our wasteful lifestyle (thinks we're squandering all her college money), and was incredulous we were landfilling perfectly good toilets. She hasn't had to stand there over the past six years while plumbers have laughed and scratched their heads when faced with replacing parts or doing maintenance on these dinosaurs. "Yeah, they don't make these anymore because they were recalled in 1979 due to the lead and asbestos they leaked into the drinking water." Or whatever. A friend suggested I break the old toilets apart and make a giant mosaic for said daughter and stick it in her room. This friend is funny and understands how a mother must entertain herself with evil fantasies of retribution and turnaround.

These toilets continue to serve this family faithfully even in their dotage, but their three gallon tanks are obsolete and wasteful and their limescale buildup is making them sluggish and mercurial. It's a sewage nightmare waiting to happen which I cannot afford as we are the closest bathroom to the middle school.

Middle schooler girls think school bathrooms are gross and avoid them for eight plus hours. So an assortment of friends and acquaintances often make a pit stop at our house after school before their perilously long walks home around the corner. Now I've always said I wanted our house to be the house that kids and their friends gathered to hang. I set out bait traps of food and candy for just such a purpose. But being the house that everybody waits to use first and foremost as an alternative to the middle school bathrooms was not anticipated when we bought this house and really, it's just kind of gross and probably violates some city codes for residential plumbing.

They do usually also wander in to eat the bait of Oreos and Hershey kisses and hang around the kitchen counter and in the end, that's what I want. However, I am now putting out a little basket for tips for the washroom attendant to help offset the cost of three hours of plumbing labor. 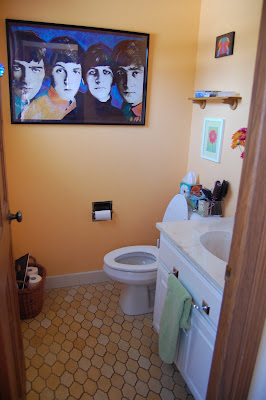 Good luck, new friend--your work is cut out for you
Posted by Julie DeBrandt Hunter at 9:34 AM