The doctor's office was filled with teenagers today.  Everybody was getting a buff and polish now that school is out.  High school kids with few exceptions are usually too busy to "be" sick.  Of course they all still get sick but depending on what the weekend holds, well, it just may not be convenient to indulge in a sick day.  This is not to say they don't whine and complain every minute of every day about one thing or another, body and soul.  But they push through fevers, they rarely throw up, they take their medicines efficiently in pill form and they mostly rely on each other's folk remedies for a legion of adolescent ills...stomach aches, headaches, cramps, acne, whatever.  Most complaints are triaged by texting a friend and treated with isolation in one's room or a little TLC by mom at the kitchen counter. 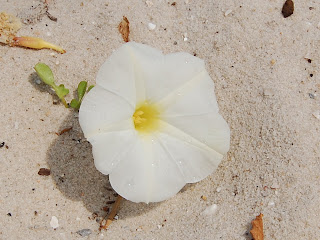 Today was my last trip to the pediatrician with Liv unless invited and fat chance of that, as she turns 18 this year.  Since she is soon legal to fight in a foreign war or enjoy a pint of lager in England, conventional thinking is that she and Dr. K can and should handle routine health stuff without me from now on.  I've been feeling like an interloper the past few years anyway so officially getting the boot feels fine.  Who likes going to the doctor anyway?   I'll be fine...I'll just sit in the waiting room and read my book...whimper, sniff.

When I look back and think about how often we were in doctor's offices during our first decade of parenting, it seems like I did little else; rashes, ear infection after ear infection, coughs, viruses, immunizations, big head circumferences, shaking legs, deer ticks....and on and on and on it went for years.  There were times when I wondered was it something I was doing wrong.  But it was just a phase, a quite normal phase of childhood and I wish I had been sure of that at the time as it would have saved me a lot of lost hours of sleep.  And whatever brought us all to our knees weekly back in the nineties seems to have left all of us with hale and hearty constitutions now.  This fact was made pretty clear today when Liv told the doctor she liked her new hairstyle to which the doctor cocked her head and looked perplexed, as she had cut her hair last November.

I was kicked out of the exam room in short course after the airing of the annual motherly concerns.  Dr. K and Olivia exchanged looks with one another and I felt politely and sympathetically tolerated. My concerns would merely be a launching point for the real conversation they would have once I stepped out.  So be it. I was sent to the waiting room feeling a bit superfluous while moms of toddlers ran around chasing their hellions.  Yeah, I can be done with this.

Five years ago, thoughts in the distance of my kids growing up made me feel sad.  And now that we're here I must remind myself that it is yet just another phase on the long road of parenting.  I refuse to let myself get wound up about it.  Just like everything else, we'll all settle into the new normal for a little while before it changes yet again.... and again and again.  Just keep riding the parent rollercoaster, I tell myself, taking time to let go of the bar and wave my hands in the air a little bit during the straightaways.

Childhood immunizations, a seemingly endless pile of jabs it seemed would never end back in 1992, are finally complete.  She's ready to handle the big bad world.  Without stickers. 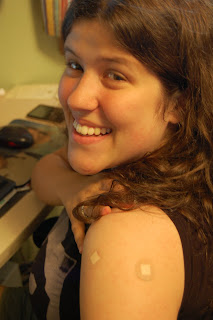