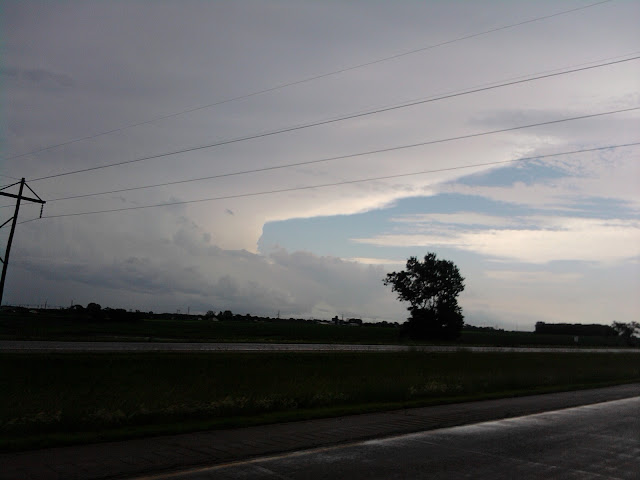 I think this storm was a microburst or a downburst or maybe just a terrible thunderstorm but mind you, it had rotation.  I'm a midwest girl now and I know when clouds are swirling.  Whatever it was, we were driving in it.  It snapped trees,  brought 18-wheelers to a crawl and grounded every motorcyclist beneath underpasses across a wide north/south swath of southern Illinois this morning.  I called Chip at home after our near death experience to have him check the radar for details.  His voice was dulled by disinterest....competing thoughts of World Cup coverage interfered with my drama queen moment.

I'll spare the details since going into it properly would require me to do a lot of wild gesticulating in your face with bug eyes but, in a word, it was badness.  Wiping out three generations of women in one car was not my plan today.  Rotating clouds over my car, well, it turns out I did not and still do not have a plan for that.  I had a quick fantasy of myself lying on top of my mother and my daughter in a ditch along I-39.  I scanned for a funnel around me but then instinct said run.  And so we did.

We're on the road to Alabama for some family time with my sister and brother-in-law and to do one more college visit.  It's not a bad journey with Nana at my side.  She points out little forests and cloud shapes and rock formations and likes to listen to the radio like I do.  Livvy is happy to just ride the drive.  She watches movies and has occasional outbursts of laughter that are fun for those of us up front who only have the road to watch. 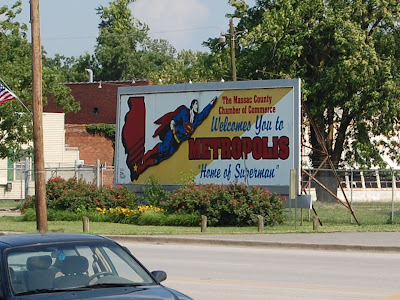 No trip south is complete without a side trip to Metropolis, IL to see Superman.  Turns out today was  the Superman Festival but at 95 degrees, funnel cake and carnival games had no appeal.  We grabbed our sweet teas, a few snapshots and hit it for Jackson, TN, our destination for today. 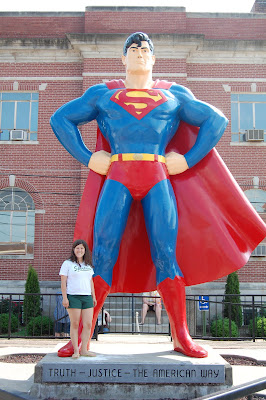 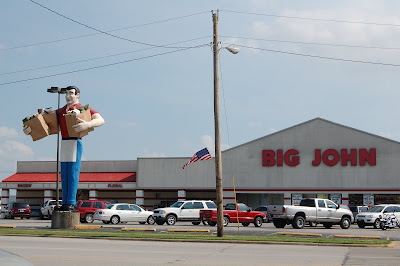 Why is Metropolis' Big John bigger than Superman?  John carries groceries.  Superman can stop a train with his body.  I don't know what to think. The scale is off. 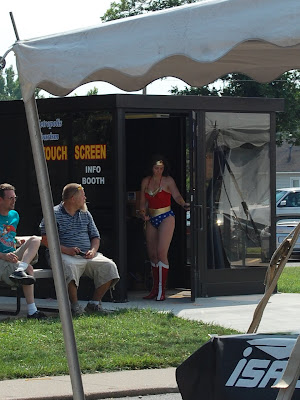 Wonder Woman coming out of the information booth.  Really?  Doesn't she have super powers?
A more rural drive takes us through the last of southern Illinois, then far western Kentucky and Tennessee and reveals some corporate farming of corn and soy and two big industries, churches and mega high schools.  Crosses and football stadiums are thick on the ground.  Tomorrow we hit the Alabama Gulf Coast. 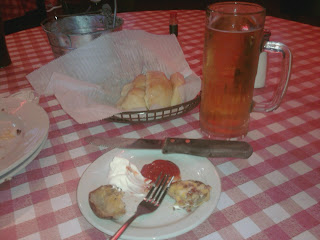