Emerging from the fog in my head 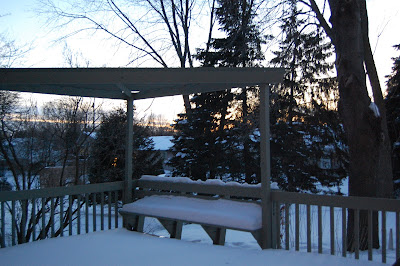 Tin Woodsman: What have you learned, Dorothy?
Dorothy: Well, I - I think that it - it wasn't enough to just want to see Uncle Henry and Auntie Em - and it's that - if I ever go looking for my heart's desire again, I won't look any further than my own back yard. Because if it isn't there, I never really lost it to begin with! Is that right?


What a weird transition this week. I felt fine for the first two days after we came home and then went into a dream state for most of the week. It was an odd sort of fugue. I would feel fine and then suddenly become sleepy and unable to think clearly. I was ravenously hungry at 10:30am. I would forget to eat dinner. It all makes sense time zone wise but still. Weird.

The Obama Inaugural Party is set for tomorrow night. We're getting dressed up in Madison, as rare a phenomenon as seeing the Northern Lights. It happens but it's fleeting and you will likely not see it again. Some are panicking, some are questioning what to wear. I think there is sometimes too much "relaxation" of etiquette in the modern age. People should know how to dress when the invitation reads "formal". That shouldn't be scary and unfamiliar. There are times in life when it is appropriate...weddings, funerals, Inaugural Balls.

I hope to look stunning but will settle for pretty. Pretty ok. Pretty swell. Pretty damn happy about my new President.

Haven't had my camera out in a week. It's time to bring it out. A quick picture out the back door of one of my favorite views in Madison, sunset in my own backyard.
Posted by Julie DeBrandt Hunter at 5:11 PM