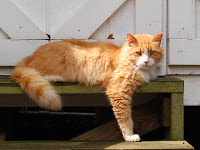 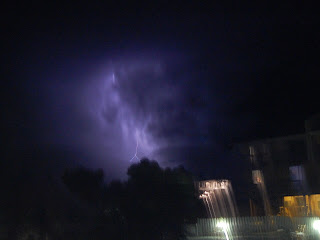 Southern lightning.  Not a drop of rain. 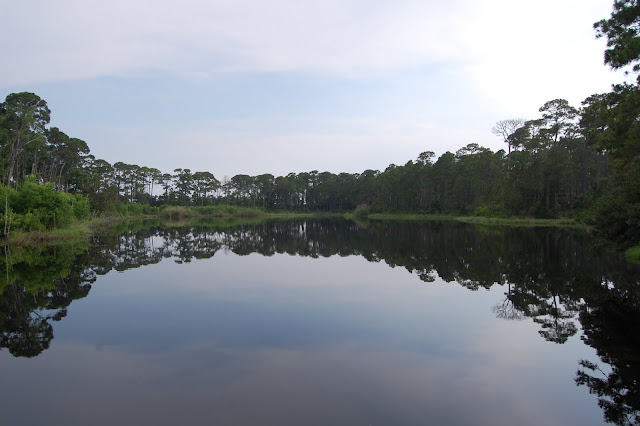 Bird Sanctuary....more like Bug Sanctuary
We just kept trying to throw money at anything that would move while visiting the island so we broke the cardinal rule of Hunter family vacations, avoid any learning, and went to the Dauphin Island Sea Lab and Estuarium, a worthy expense that might help the island overall.  Unfortunately, by the time the woman tallied the senior discount and the student discount we had only dropped a scrawny Alexander Hamilton which we thought was kind of pitiful.  Gift shop, there we went.

The estuarium's exhibit explains the interdependence between the four key habitats of coastal Alabama (their words not mine), which I read as fresh and salt water, barrier island and coast and how all of that works together to make this region rich in natural resources that crank many economic wheels.  I couldn't help mentally moving around the furniture in this small museum to accommodate the new exhibit opening in 2011, The Gigantic Oil Spill and How it Forever Wrecked our Island in 2010.   Ironically, Dauphin Island was originally called Massacre Island by the French colonists who found huge piles of human bones on a few spots on the island.  These spots were later determined to be burial mounds made by Indians who had originally settled on the island. Massacre Island indeed.  This time it's the oyster beds. 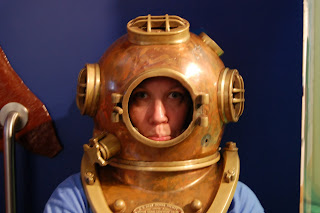 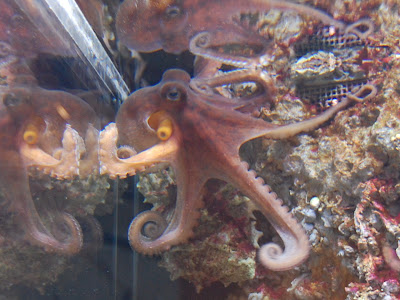 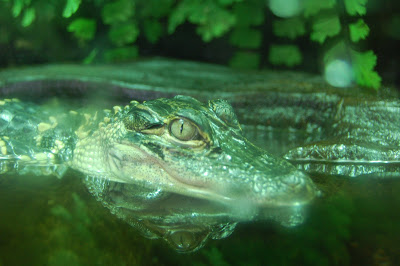 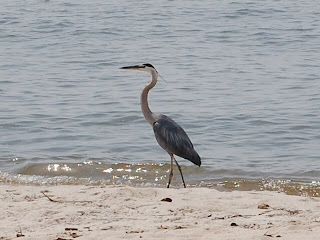 Critters in and out of the Dauphin Island Estuarium

And so we bid farewell to Tante Amy and Uncle Dave over a still fabulous seafood meal of hot garlic crab claws, fried alligator and shrimp salads.  The truck spraying for mosquitos flicked on its insidious fogger as we kissed and hugged outside the restaurant.  I told Olivia to quick hop in the van and protect her ovaries from whatever the hell was coming off that truck.  The rest of us past our childbearing years continued our goodbyes in the fog.

A visit to Auburn on our way north.  Our last college visit before applications.  It's been a fun year going on campus tours with her as she so enjoys imagining herself at each place we see.  I'm reassured that college doesn't seem to have changed much except for the price... and how much you couldn't pay me to do it again.  I'll let Olivia blog it. 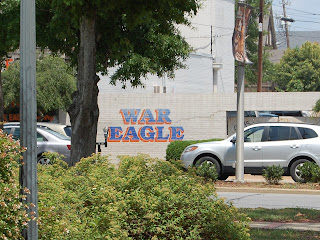 Yesterday, my Nana, my mom, and I all went to Auburn University so I could tour another college. Nana graciously rode the bus with Mom and me (named "Tiger Transit", after Auburn's mascot) from the Jule Art Center to the Quad Center, where our tour started, but opted out of coming on the tour with us. Wise choice, considering the 90-plus degree heat commonplace in the South in June. 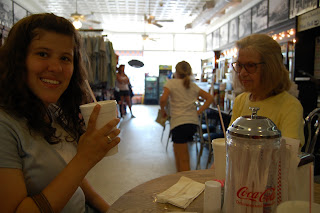 Toomer's Drugstore for a limeade, their specialty.  Fresh limes squoze to order
Auburn was AWESOME. Definitely my type of school. Our tour guide was very friendly, and from the way she described everyone else, including professors, I infer that everyone else is as nice as the day is long. Also, according to my Uncle Dave, Auburn students know how to party and have fun! The tour guide backed up this claim by describing one specific tradition: after any win in any sport, students head to a place called Toomer's Corner and toilet-paper a tree (which I assume every parent wants their child to learn at college). Despite my being a little Northern girl, I believe I will have a fantastic time learning and playing here. 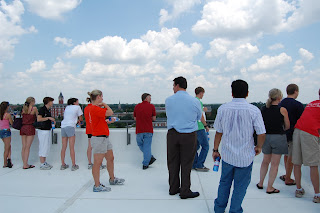 In all seriousness, the roof on which we stood was as hot as the sun.
The town is the college, so there are Tiger paws and pictures of Aubie the Tiger in every kind of downtown business, from bookshops to bars. Lots of school pride--love it! 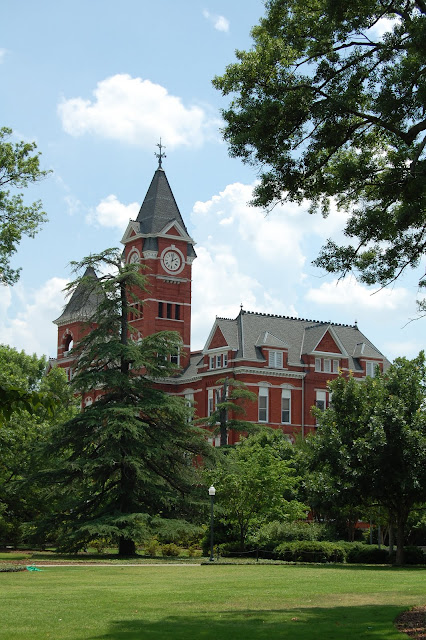 After our tour and a refreshing limeade at Toomer's drug store, it was unfortunately time to head home. I bid a fond farewell to the South and hope that I can come back for more limeade and Tiger pride.
War Eagle! 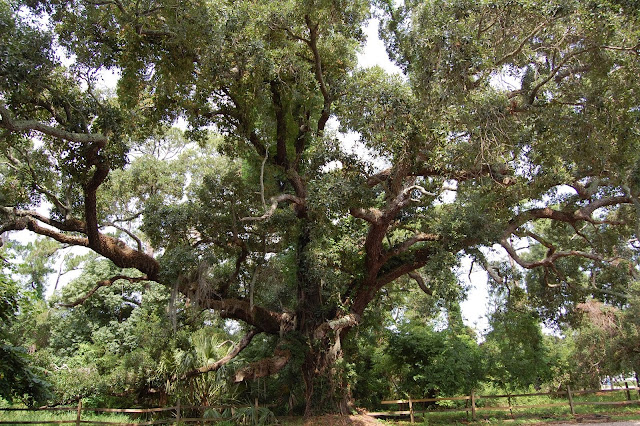 How many hurricanes has this old live oak seen I wonder?
Today, just one stop on our journey north. 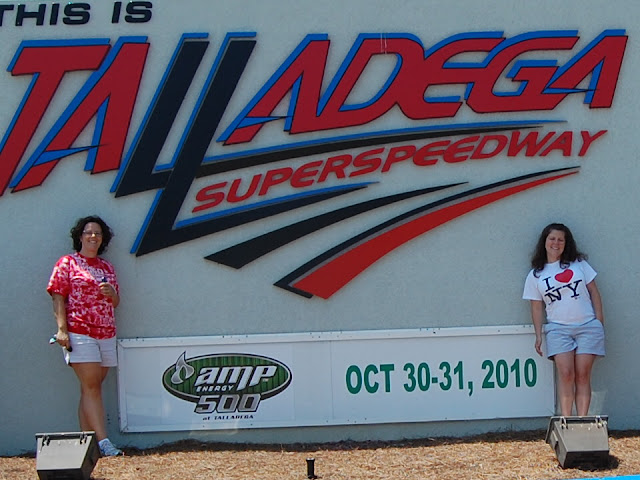 I like to picture Jesus as a figure skater. He wears like a white outfit, and He does interpretive ice dances of my life's journey.
Posted by Julie DeBrandt Hunter at 11:58 PM