Goodbye is the hardest word. 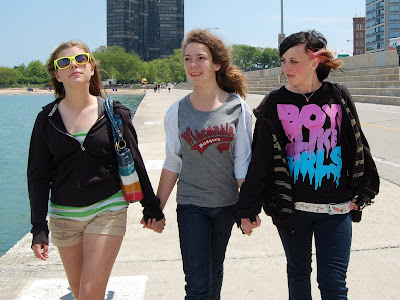 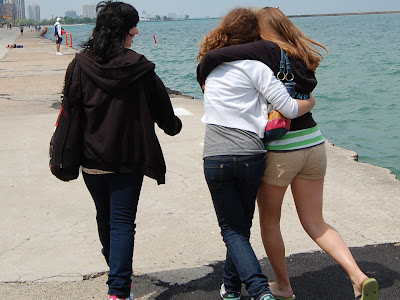 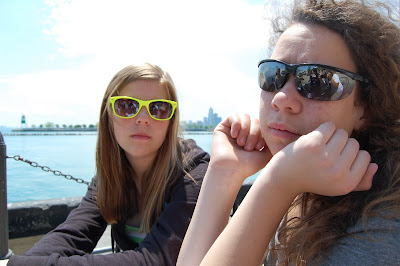 The last day. The drama. Handholding, hugs and a general malaise similar to a hangover. They even took exception to the goose who was "harassing them". 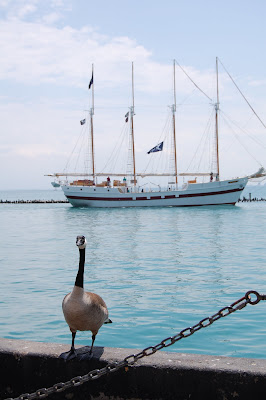 Saying goodbye isn't easy. Meanwhile, we mingle with others saying goodbye to their middle and high schools. Promwear strolls along Navy Pier. It's so bittersweet, all of it. I feel the connection between these girls and all the other kids along the pier and I am so fulfilled to be a witness to it. Facebook is, if nothing, a testament to the connections made at this time in one's life and the lifelong bonds that are formed. Why else does one register with one's high school after all? There's no denying the power, good or bad, in the relationships of youth. 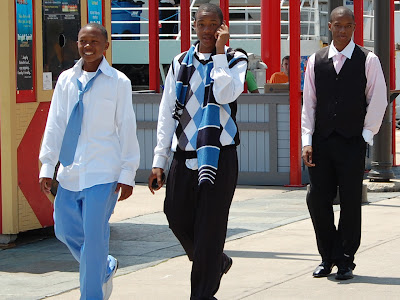 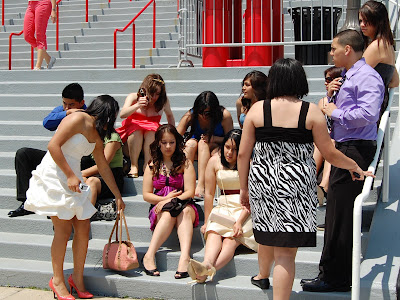 Some attempts at humor along the walk, having a chat with Bob Newhart, whom none of them have ever heard of nor cared to know more about. 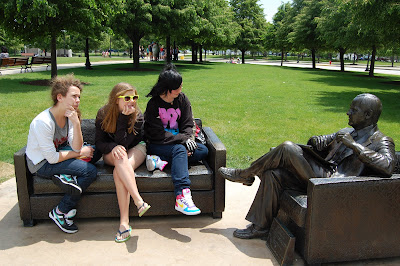 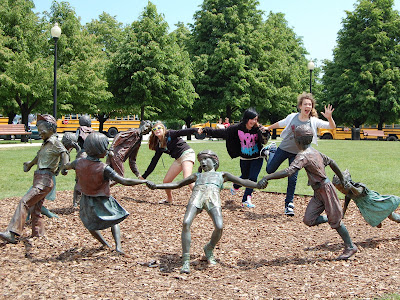 Goodbye for now, sweet English girls. The gate agent leans in close to me and with her hand pointed in a takeoff position says, "You cannot leave until they are.....airborne." It's an ominous exchange more for her than me, as she does not want to be stuck with two fourteen year old girls for a last minute six hour delay. However, all goes smoothly and they depart ontime. 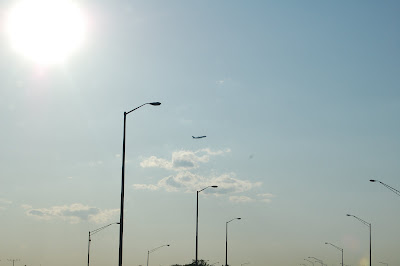 I ask Ally in the airport, "Are you sad?" She replies, "Not really. I was sadder in England because I wasn't sure I would ever see them again. Now I know we're going to see each other again." Youth is not wasted on the young afterall.
Posted by Julie DeBrandt Hunter at 11:10 PM