The week’s chores are done.  A thing I was dreading is done and I was sort of right to dread it.  It didn’t go great.  But it’s over.  And a mother of teenagers moves on easily from less than perfection.  Because everyday I epically fail at something (“We’re out of juiceboxes and you said you would get some!” Stomp stomp stomp) so why should this feel different? Moving on.... 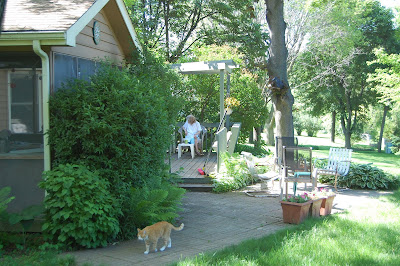 The humidity has finally lifted leaving behind a perfect series of sunshiney days ahead. My peony bushes have bloomed in their usual glorious manner.  The roofers at my neighbor’s house are playing oldies on a boombox for everyone to enjoy whether they want to or not.  I don’t know if it’s a function of my age or of a relatively hectic life that I feel I should celebrate and savor these moments.  Kind of like when the kids were little and sick every other week it seemed and we would all wake up in the morning and I would say to myself, “hmm…everybody healthy this morning?” and if we were, I did a little dance.  Because it frequently turned on a dime with a whiney “my tummy hurts” followed by a hurl upon the sofa. 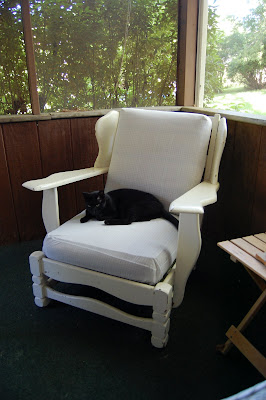 My friend was profiled this month in a magazine about working women and she reflected that after breast cancer treatment last year she now makes a point of scheduling time for herself to slow down and enjoy regular breaks in her days and honors these moments or hours in her schedule as if they were doctor’s appointments.  A clever and healthy functional outcome of her breast cancer experience.  She’s the best example of a working parent who manages to do it all but with reflection so that, like a sailboat, with occasional adjustments of the keel and the mast she keeps wind in her sails.  I’m not sure she would say she always made a point of working hard on that balance before breast cancer but I am glad she strives for it now.  And I think she'd be the first to say you don't need a health scare to work on that balance for yourself.  She's the one who keeps trying to get me to take a job at Starbucks because it looks like fun. 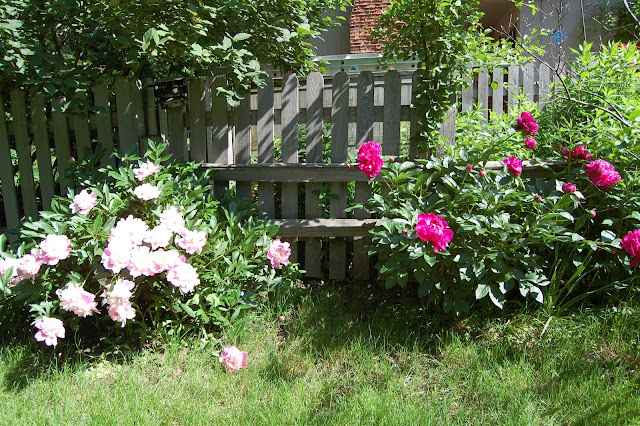 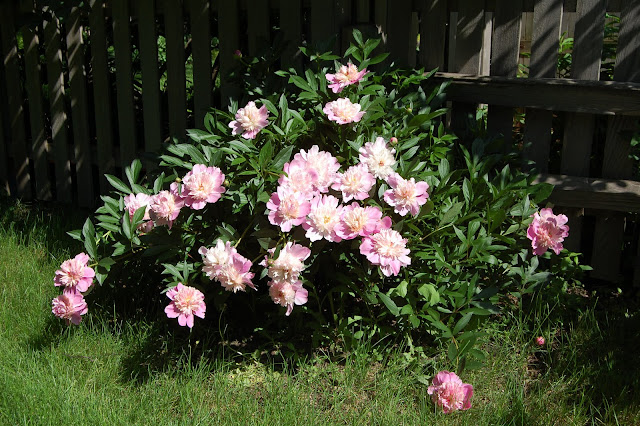 I usually make downtime for myself but not without involving little projects if I can that achieve something noble or kind to counter any niggling guilt. The peonies are so ridiculous right now that I made bouquets for my neighbors.  But then I made myself a giant bouquet as well.  So much for guilt.  Life balance. And now here I sit luxuriating in the written word, listening to the birds and the oldies while my mom reads me articles in the newspaper that I’ve explicitly stated I've already read. 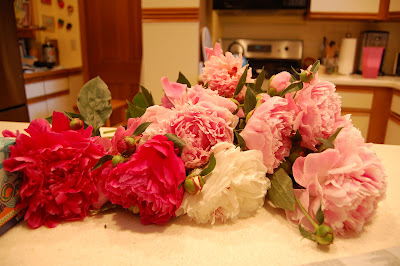