Our last day in Paris 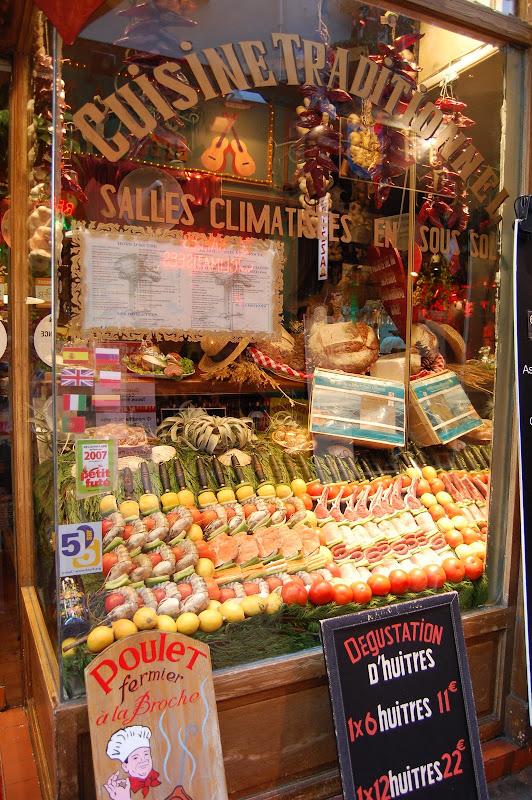 I just can't stop taking pictures of European shops. The food is beautifully displayed and so raw and unsanitized compared to
American supermarkets in particular. I'm not sure I could actually eat the sausages pulled out of this window, but I now confidently grab my eggs from the room temperature shelves in England. It's all cultural.

Our last night in Paris, I am convinced that traveling with vampires is actually a more rewarding visual experience in the winter. It's so cold and gray during the day, but at night, the city lights up and it's almost possible to forget the cold fingertips especially as the Christmas shoppers pack the Champs Elysees. The crowd is festive and our family is instantly put in a fabulous mood. We take pictures of the Arch and are whistled at by the gendarme for blocking traffic. Not the first tourists with that story to tell. 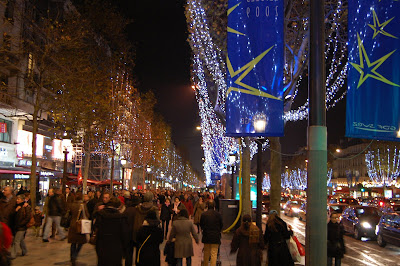 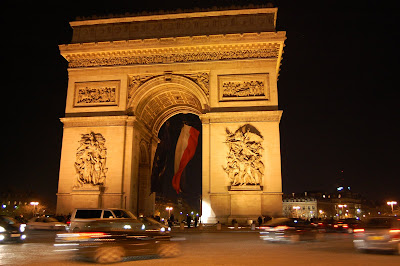 As the tourists want to avoid future troubles with the law, they cross to the middle neutral ground of the Champs Elysees and stand there and take photos. These adorable Vespites were enjoying interjecting themselves into the tourists' photos. 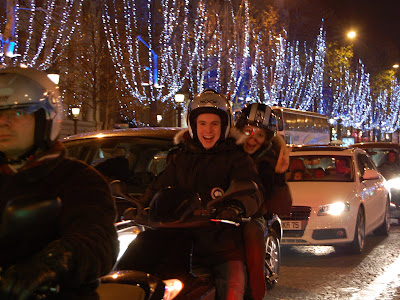 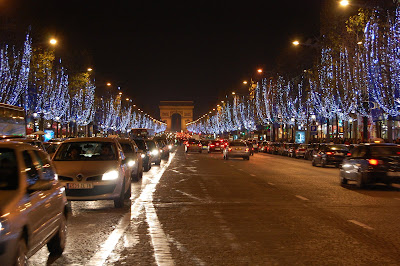 It may be a chain restaurant but if you want a big pot of mussels and a beer, then the place to go is Leon's. We enjoyed the waiter, a gliding, trilling French young man with the flat English accent of a New Zealander, where he learned his English. Our favorite quotes, after being ignored for the first fifteen minutes and fearing the worst:
"I am late, but I am heeeeere nowwwww...."
"You must be hungry. All of these people eating... and you are not."
He turned out to be a funny and fine waiter, who made a big deal of pouring the chocolate sauce on everyone's desserts to make sure every square of the Belgian waffle was full of chocolate. Nothing like finishing up your meal of mussels with a big waffle. Since everything he did was with such flare and drama, there was much laughing during this meal. 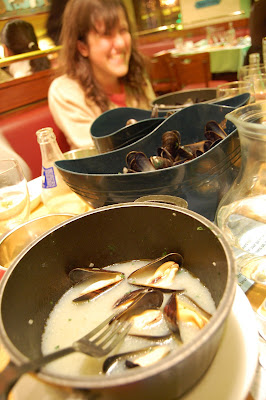 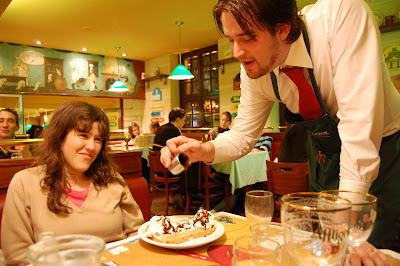 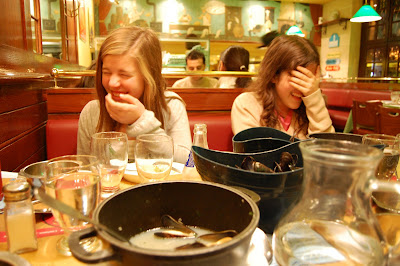 A great trip, and an early start back to Oxford today. Allison briefly awoke to transfer from bed in hotel to seat on Eurostar. 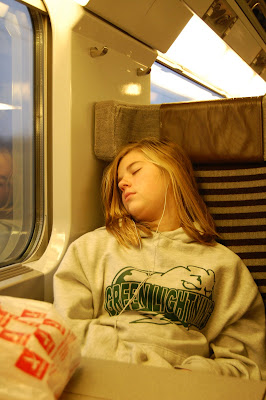 Posted by Julie DeBrandt Hunter at 6:52 AM