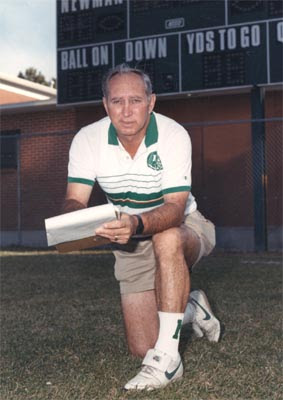 Learning to drive, one of the last childhood milestones. It's looming for my own family even now as Olivia turns 16 next week. I learned to drive later than most American kids because my dad, the only family driver, took a new job in New Orleans just as I turned 16. He left me high and dry as he drove south that summer with both the car and my only chance of learning. My mom had never learned to drive and we lived in a town and an era where that was actually not weird. I can't imagine a suburban mom not knowing how to drive today.

As planned, we followed my dad to New Orleans a year later and I enrolled in the drivers ed program offered at my school, an ancient seventeen year old senior in a class full of spastic sophomores who could barely reach their accelerator pedals and ran around the class pulling each other's hair and flicking pencils at one another. Even I appreciated at the time how NOT ready they were to operate heavy machinery. I felt a bit of a loser because I was a full two years older than these ridiculous characters. But as fate would have it, there was one other loser that year. We are friends to this day, bonded forever by the rules of the road as taught by Coach Reginelli

Coach Reginelli, the school football coach and PE teacher, was a unique orator and had the difficult job of conveying the importance of safety to reckless 15 year olds. I quickly lured Susan, a.k.a. the other loser, into my negative world of wisecrackin' spiral notebook margin notes. She and I forged a quick alliance, partially to keep the sophomore idiots from approaching our air space but also because Coach Reginelli's malaprops and sports metaphors were legend. Memory of specifics has unfortunately faded for me, but his teachings kept us engaged and interested throughout. I believe that because of all the little pictures we drew in our notebook margins, we probably retained more information from that course than most high school classes. Coach Reg was perfectly suited temperamentally to the job of driving instructor. A coach's personality...strategic, unflappable, serious and most importantly, born of quick reflexes. For example, I never had been clear on the whole "merge vs. yield thing" (is there really a difference to some drivers?) until driving the twin span between the West Bank and downtown New Orleans. Luckily, Coach Reg slammed on the brake just in time as I swung onto the bridge on two wheels, truly vague to the fact that I was out of road. I appreciate that an athlete's reaction time is essential in driving instruction.

Susan had her own moments at the wheel and, at the minimum, did some paint damage to the drivers ed car in a brush with a metal trash can along the Mississippi River during her practice hours (pretty sure that was her and not me). We both passed our driving tests first time around and she and I can both throw down with a manual transmission. As Coach Reginelli was the high school football coach for young Eli and Peyton Manning, what I'm really trying to say is that, yes, Susan and I drive like Super Bowl champions. It's her birthday today and 28 years later, she is still a Super Bowl champ of a friend.
Posted by Julie DeBrandt Hunter at 11:00 AM