Another year, another daughter 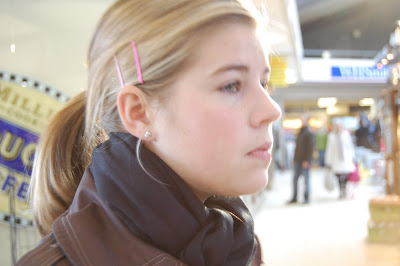 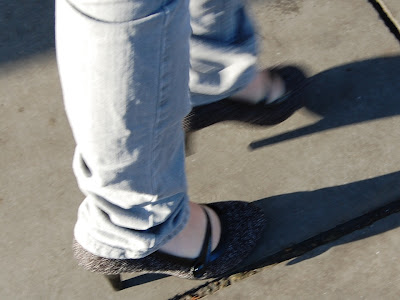 A second family birthday in two weeks. This girl came quickly into the world with a pixie-ish face too whimsical to be a Madeline. And so she became Allison Amy. Blonde and blue eyed, reasoned and practical, stylish and sporty--always a genius although we didn't know it. Her nursery school teacher approached us about entering Ally into an early readers study as she'd been identified through a local university. Say what now? She's an early reader? In the shadow of her sister's "Letterman's amazing kid tricks" linguistic skills, Ally went along through her early years unbothered by intrusive, overpraising, highly scrutinizing parents. She's always been a Mama's girl. Took forever to wean her, she still wants to sit with me on planes and trains and up until recently, would set up residence on Chip's side of the bed, complete with stuff on the night stand whenever he went out of town overnight. She's got a face for nicknames. The Beaner, Allyboots shortened often to just Boots, and Chummy. Now she's just Ally to her friends. I can refer to her as Ally but to her face, she's Al or Allison. Sometimes still Boots.

She's a tenderhearted girl, but private about her feelings and determined to hide her vulnerability. It's in her actions that I see the tenderness. She'll always offer me an earbud on plane or train so I can share a song with her. She'll never exclude a friend out of spite or anger and she's got a teflon coating when it comes to girl drama. She loves animals and from age three has dabbled in vegetarianism which I expect to become full blown in college once there's a permanent salad bar option. She's rarely in trouble with us because for her, confrontation is not comfortable. She goes along with most things but digs in vigorously on a few others, which makes it harder to compel her to change anything. She doesn't lie. The brutality of truth as I try to keep up with the fashion trends. I find myself desperately seeking her approval....of my outfits. And that's where our family turns into American Idol. Olivia is Paula. She always finds a nice thing to say and has a hard time being critical, even when it's warranted. Chip is Ryan. He's just here to keep the show moving and change the subject if things get heated. And Ally is Simon. Just yesterday, and it pains her to even have to deal with my amateur attempts...."You have way too much goin' on there, Mom."

She's newly independent since August. Carrying key, wallet and bus pass, she rides the city buses and strides alone through town in the late afternoons wearing her iPod and stopping occasionally for milkshakes, school supplies or baguettes. Her wit has sharpened with the introduction to British telly, and her style has grown even more mature. High heels and skinny jeans...definitely new. There's sure to be some backsliding when we head home to the familiar, but she's returning to America as Ally Extra. Goodbye to Chummy. I'll miss her... but she did always kick and steal the covers.
Posted by Julie DeBrandt Hunter at 10:10 AM