A Junonia of a friend... 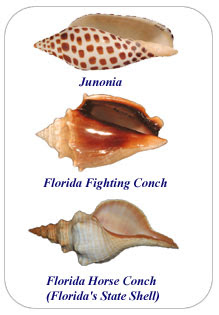 Why did we expect that Olivia and Allison would do well with this trip abroad? Well, I guess because I moved from Philadelphia to New Orleans at age 17 and it didn't kill me. We expected, and with some gentle nurturing, got cooperation and success from these girls of ours. Shaking things up is good. Blows your mind, enlarges your world. But I remind myself how painful and lonely it was in the short run of my moving year until I met Mollie, Leslie and Susan. This post is a bit random but that's kinda how it is with long friendships. So many memories unorganized and crowded together in no order, displacing one another randomly. I feel like I'm bobbing for apples. I plunge my head under the water, cheat a little and pull out one or two easy ones with stems.

"You have to meet Leslie", Mollie said. "She wants to meet you. She's from Philadelphia too." It was already too weird that Mollie and I shared a mutual friend in Philadelphia. They had met at camp and got along so well, that Karen insisted Mollie call me once I moved to New Orleans, which she dutifully did. We were more surprised than anyone to find out we were attending the same school and that we liked each other quite a lot. Now another connection to Philadelphia, a girl also relocated to New Orleans from Philly and also attending this small private school in uptown New Orleans. Karma...God's will....luck....? Even then, I suspected a sinister master plan of the Universe to bring together the "gigglers" as my mom not so affectionately referred to us. With age, the giggles have turned to cackles and we're still too loud in public, but feh. We're still friends to this day.

My first memory of Leslie was at my first high school party where historically for me, food and soft drinks were served and parents were home. My previous experiences with teenage parties had involved alleys and fields and there was often running from police involved. Food? Parents? Kids acting civilized and the lights turned on? "Excuse me, to what year in the 1950s have I moved?" 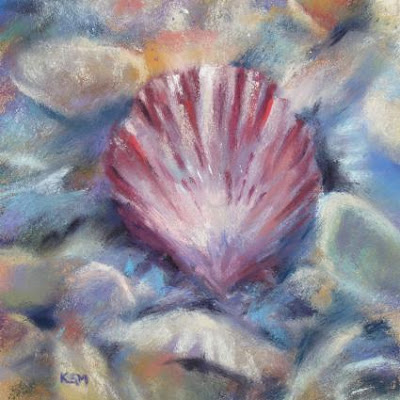 She arrived late, having finished a shift working at a Sno-ball stand. Don't get me started on Sno-balls. They are a sorrowful answer to Philly "wutter" ice--NO subtlety whatsoever. Sickly sweet mounds of cracked, bobbly ice drenched with syrup so nuclear that it is entirely possible the syrup indelibly stains internal organs and causes lethal cancers. Leslie wore painter's pants (coolest trousers ever) that looked appropriately like an actual painter's pants with bright splotches of red, blue and purple syrup in a pattern that suggested an explosion or food fight. And indeed there was a story that Leslie had to remedy some clog or problem with hoses or something, idiots she was working with couldn't fix it, but she did...made her late...etc. As her father is the handiest of men, the JCC's answer to MacGyver if you will, Leslie was and still is the go-to person for any technical or mechanical emergency. It's telling that once I called her house when we were in high school and was told by her mom that she couldn't come to the phone because she was sandwiched between attic and second floor rafters, helping her dad install ceiling fans. Say WHAAAAAAT?

When she met me, she enthusiastically said something like, "You're from Philadelphia! Me, too. I'm so happy you're here." That said, she flitted off to the patio to have a cigarette and a Tab, occasionally waving and smiling at me when she caught my eye. And that was it. We were friends. Done. No further questions. Full acceptance. Work out the details later. It helped that we grew closer in a shared math class, passing notes about Robbie and Ricky and um....Billy....and laughing while sweet Mr. Pfister made brave attempts to teach us trigonometry (I searched vigorously for his picture, but to no avail). Leslie actually learned the math along with having fun. Me, not so much. 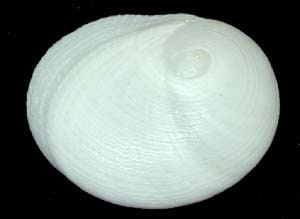 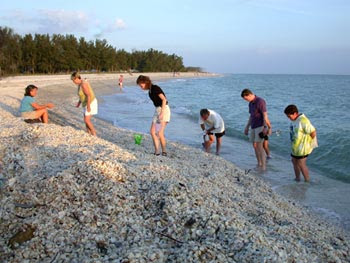 Leslie still likes to laugh and that has certainly nurtured our relationship over the years since making my friends laugh is my raison d'etre. We have shared moments of complete and absurd hilarity --must include yet another teenage driving memory of she and I in her VW, as she adjusted her driver's side mirror and it literally just dropped off the side of the car, bouncing and shattering in a million pieces behind us on Claiborne Avenue--to moments of pain and sadness like that of losing a parent--to the nurturing of each other through relationships, marriages, jobs and children--to finally, the rather obsessive quest for the perfect shell. Today is Leslie's birthday and I wish the baby of our little group of friends a very happy day.
Posted by Julie DeBrandt Hunter at 3:17 AM