Musings on a day trip to London 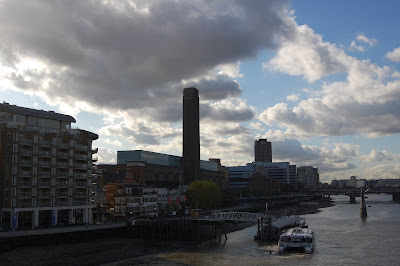 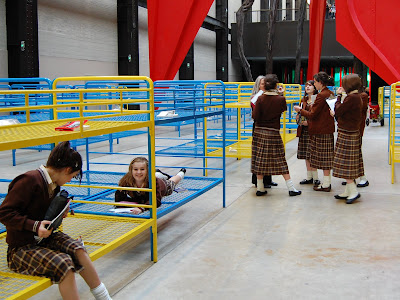 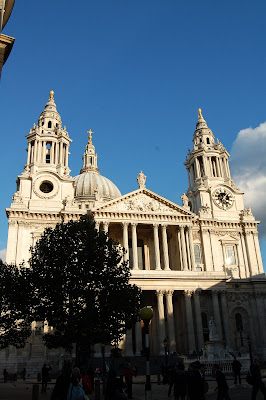 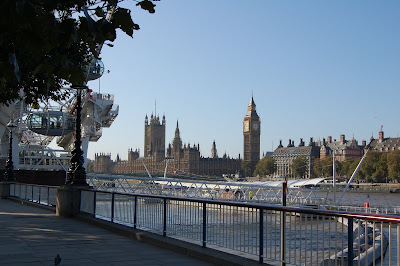 Parliament across the Thames

Ode to moms and dads trapped by little kids. A day in London alone. Your day is coming. I am your future and it is good. Latte and pain au chocolate in hand, you board a bright and quiet train full of grown-ups dressed in suits, grab a seat by the window and sit down to read the paper at high speed as you whiz through green fields full of animals and small towns that turn bigger as you approach London. You gaze out the window, review your guide book, critique the foundation makeup of the woman in the seat ahead (tan plaster of Paris is closest description) and even engage in political conversation with your EU seat mate who sees your guidebook. He's surprised and interested that you have already voted and ask "Do you think he'll win?"

You arrive on the banks of the Thames admiring how busy and working the river seems, eventually arriving abruptly on a tree grove doorstep that initially blocks the giant facade of an old gigantic factory that is now the Tate Modern Art Museum. Once inside, you spend a few hours reacquainting with that former self that had intelligent, original and most importantly, sequential thoughts. An art museum is like a giant cocktail party. You look for familiar friends first, maybe Magritte, Gris, Monet and Matisse, Calder and Oldenburg, to catch up, reminisce and laugh about the old days. Strengthened by familiarity, you move to challenge yourself and do the adult thing by meeting some new people, like Kleita, a West African photographer whose bedspread-back dropped black and white portraits of West Africans make his subjects look like kings and queens and Mark Ofili, a contemporary artist of the last ten years, whose No Woman, No Cry collage grabs you when you walk into the room.

The depressed and/or suicidal guys, Rothko and Bacon, are the cool guys but not great for the chit chat, likewise Lichtenstein and Warhol... always so cool but everybody always hanging around them...ugh, forget it. You'll never get close, keep moving. Munch surprises with a touchingly heartbreaking painting of a sick child that is also, for a breath of fresh air, not The Scream and you think maybe you have always avoided him at parties unnecessarily. You wander, alighting here and there, acclimating to the hip scene that always welcomes you back. Inevitably, as at any party, you briefly get trapped by some seriously dreadful, scary people like the Vienna Actionists from the 1960s, and American artist, Paul McCarthy. Their video work is literally nauseating and you're pretty confident that it isn't art just because they say so-you head directly for the wine. 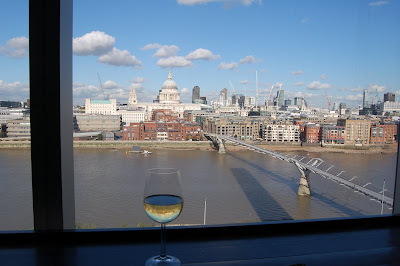 What you will not want to do at the end of the long day, is attempt to move out of the bike lane to turn in the dark on your bike. Do not do that. Although it is kind of cool to know double deckers can swerve, it cannot be counted upon. God bless the bus drivers.

Unrelated but needing mention, I must recommend two movies that I saw today. Brad Pitt is HILARIOUS in Burn After Reading and Zac Efron truly brings it in HSM 3. Two thumbs up on both movies. If the Oxford audience is any indication of popularity, HSM 3 is going to make a trillion billion dollars. I haven't seen the likes of this kind of participation since everyone cheered when E.T. flew off on the bicycle. It's an evening full of dancing, singing and cheering... and that's just the audience. Badum bum.
Posted by Julie DeBrandt Hunter at 4:37 PM